Who is Bob Barefoot?

Robert Barefoot is a chemist, who graduated with Honors from the northern Alberta Institute of Technology, majoring in chemical research. He has since published numerous research papers on analytical chemistry and mineral diagenesis. He also researched enhanced hydrocarbon extraction in the petroleum mining industry and metal extraction in the mining industry for which he obtained several international patents.

He was on the front cover of several oil and energy magazines which in 1982, brought him to the attention of a medical doctor who was looking for a top chemist to help him. Dr. Carl Reich, considered to be "The Father of Preventive Medicine" for his pioneer work with vitamins and minerals in the early 1950s, wanted to write a book explaining how vitamins and minerals prevent disease, but needed a top chemist to accomplish this. His autopsies of terminal cancer patients who died with no signs of cancer convinced Barefoot that Reich was right, so they spent the next ten years researching the explanation, culminating in the book, "The Calcium Factor".

Mr. Barefoot has continued to write numerous controversial books regarding the biological importance of vitamins and minerals in suppressing disease, and has appeared as a guest speaker at health conventions as well as radio and talk shows. In 2003, Mr. Barefoot was interviewd for an infomercial with Kevin Trudeau that was one of the most popular and successful infomercials in American television history.

On May 15, 2003 the Council for Responsible Nutrition (CRN), a trade association of companies producing nutritional supplements, asked that the Federal Trade Commission and the Food and Drug Administration "take appropriate enforcement action" against Bob Barefoot, enjoining him "from disseminating . . . fraudulent health claims for coral calcium."

On June 10, 2003, the Federal Trade Commission (FTC) filed a preliminarily injunction against Bob Barefoot, Kevin Trudeau and others (Barefoot et al.). That action virtually destroyed Barefoot economically and did serious damage to his reputation.

The FTC alleged that Barefoot et al. had made "unsubstantiated" medical claims concerning coral calcium in the infomercial in which Kevin Trudeau and he appeared. In an attempt to fully cooperate with the FTC, and even though they disagree with positions the FTC took in the case, they voluntarily agreed to a temporary injunction or agreement in which Barefoot agreed not to make certain claims unless and until he have obtained appropriate substantiation.

Barefoot et al. cooperated with the FTC, and reached a settlement, whereby, even though Barefoot considered himself to be innocent, he pleaded guilty and thereby avoided a very expensive trial, which even if he won, would not compensate him for his losses. Under the settlement Barefoot was not precluded from publishing or speaking on the subject of coral calcium, or from selling coral calcium products. Barefoot is precluded from making health claims about coral calcium.

Robert Barefoot has also been the target of Dr. Barrett (and the Quack watchers).

Barrett, a man without a medical licence and a man who has been declared by the courts as "biased and beyond any credibility" uses his bad reputation to give Bob Barefoot all the bad press he can get. Barrett, who has declared war on Robert Barefoot, represents "Quack Watchers" which is appropriate as they are all "Quacks", only capable of watching and not participating, who are interfering with legitimate medical research.

"History has taught us that all of the most advanced and famous medical practitioners, including Dr. Semmelweis, Louis Pasteur, and Joseph Lister, were all once considered to be quacks by their medical peers who now honor these men. It is therefore an honor that Barrett and company consider that Bob Barefoot is in a league with these great men."

The ideal dose of calcium has been the subject of much debate.

Obviously the ideal dose should be enough to:

The RDA has been behind the curve and has gradually ramped up their specification over the years.

The table below displays the current RDAs (established by FNB) for the amounts of calcium
required for bone health and to maintain adequate rates of calcium retention in healthy people.

The maximum dose of elemental calcium that should be taken at a time is 500 mg.

The maximum does of elemental calcium that should be taken per day is 2,500 mg

Calcium should NOT be taken by anyone who has:

Coral Calcium "Marine Plus" is based on the Coral Calcium formula Bob Barefoot used to sell on TV, Serving size upgraded. Comes in 90-count bottle. Each 3 capsule serving contains 1,500 mg. of "marine grade" Coral Calcium from Okinawa, Japan + 816 iu's of Vitamin D as well as vitamins A, B, C & E + Aquamin, Cesium and folates

While many Vitamin D3 products come in a 60 count bottle, each bottle of Dmax contains 250 capsules. Based on the single bottle price ($22.95), the cost of D Max is less than $2.75 per month. (even less when buying larger quantities)

Take 1 capsule 1 time per day (or as directed by your health care provider).

vK2® is the perfect compliment to Dmax

Take 1 capsule 1 time per day,
or
Take 1 capsule for each 5,000 iu of Vitamin D3 you take
or
Take as directed by your health care provider

vK2® is the perfect companion product to Dmax

D-MAX provides a whopping 5,000 iu of Vitamin D3 per capsule. 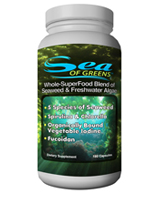 A Whole-Superfood supplement, combining an optimal blend of sea vegetables and Freshwater algae. 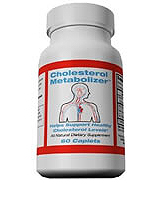 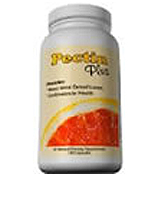 A Unique, 100% Natural Formula, which supports healthy blood sugar. Diabetics Daily Care™ is the most powerful formula of its kind. 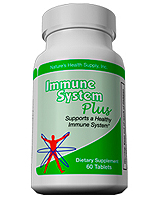 An immune system support formula based on Beta Glutan, which is unsurpassed in it's ability to help support a healthy immune response.